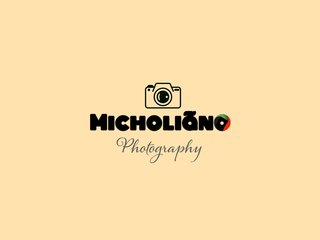 I Am San Francisco: Black Past & Presence (IAMSF) explores San Francisco’s social and cultural values and concerns through the lens of its Black natives, residents and leaders. The exhibition is a combination of photography, quotes, and mural illustration by its creator and curator, Jarrel Phillips, photographer Michole “Micholiano” Forks and muralist Sydney “Sage” Cain. The quotes are excerpts from 40+ film-documented and transcribed conversations between Phillips and his interviewees.

The project was focused on the power of art to transform our perceptions by re-shaping our environment. It’s an initiative that has its roots in social science. Studies have shown that we can combat the impact of implicit bias by surrounding ourselves with images that celebrate the warmth, competence, and professionalism of our diverse community.

Curator Kheven LaGrone wondered what the Black Lives Matter movement means in the San Francisco Bay Area, and asked several local black artists to depict how they use their art to make their lives matter.

The goal of this season of exhibitions is to bring together cultural producers in southeast San Francisco. This often overlooked section of the city is home to many dynamic cultural producers of all ages. Building the Art House is an opportunity to showcase the range of cultural production in the area that includes City College. Exhibitions and active programming will serve as a way to connect visual and performing artists, poets, musicians, filmmakers and community members to foster the building of a shared regional cultural life.

Southeast San Francisco, one-fifth of the city of San Francisco, is comprised of traditionally working class neighborhoods, with many long-time residents and families who’ve owned their own homes for decades. Very few cultural gathering places exist here and those that do are not known outside the immediate neighborhood. City College Library’s active exhibition program can work to fill this vacuum and serve as an anchor in this growing cultural life. The Bayview/Hunters Point, Visitacion Valley, Portola, Excelsior and Ingleside Districts together are home to much of City College’s student body. See movingarthouse.org for the project that initiated the formation of a shared cultural life in southeast San Francisco.

I am San Francisco: Black Past and Presence
City College of San Francisco Rosenberg Library
April 16, 2016, to November 2, 2016

I Am San Francisco: Black Past and Presence features art from San Francisco natives and residents. We must remember that one story could not capture the magnitude of our presence, to quote Chimamanda Ngozi Adichie, “The single story creates stereotypes, and the problem with stereotypes is not that they are untrue, but that they are incomplete. They make one story become the only story.” 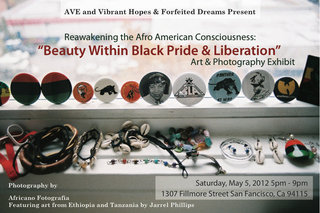 Reawakening the Afro-American Consciousness: Beauty within Black Pride & Liberation highlighted a collection of photographs depicting African Americans living in the Bay Area and Harlem, which highlights African American pride through the eyes of its curator and photographer Africano Fotografia. These intimate moments display the richness of our African culture focusing on aspects of community, spirituality, family, and inspirational community organizers, and teachers.

The “HerStory..” exhibition celebrates and highlights the accomplishments, trials & tribulations, beauty and triumphs of women and girls this exhibit was featured at Gallery 1307 in the Fillmore Distract in San Francisco.

I Am America: Black Genealogy Through the Eye of An Artist
C. K. Gallery Oakland, CA

“This exhibit features an American—even world—history and identity I wasn’t taught in school. Thus, I titled the exhibit I Am America,” says curator Kheven LaGrone. “We are the quintessential ‘All-American.’”
“In fact,” adds LaGrone, “I would argue that the Civil War was Frederick Douglass’s slave insurrection.”
©All Rights Reserved 2022 Micholiano